One fine day, Suchi Mukherjee was reading a glossy magazine. While turning the pages, she came across picture of a piece of beautifully crafted jewelry that she utterly loved. She urged to reach out to the buyer and get it for herself, but found that the seller was a local artisan from Mumbai. It was disappointing for her not to have been able to reach out to the seller. However, that ignited an idea in her mind which later became the inception of what is now an Indian e-commerce giant called LimeRoad.

Suchi Mukherjee was born in 1973 and belongs to a middle class family in Haryana. She completed her Bachelors in Arts with specialization in Economics and Maths from The University of Cambridge. She also acquired a Master’s degree in Finance and Economics from the London School of Economics. Soon after she completed her Master’s degree, Suchi started her career.

Career as an employee –

Mukherjee embarked on the journey of her career as an employee with Lehman Brothers Inc. in July 1998. Her designation was new Senior Associate for Corporate Finance. Suchi continued to work with them for over 5 years and looked into the sectors including Telecoms Media Technology and Financial Institutions.

In June 2003, she joined Virgin Media, as a director for change and business development. She was also a member of their customer division management team.

After working with Virgin Media for two years, Suchi Mukherjee joined eBay. This became the turning point of her career. This made her grow in terms of position and gave her access to knowledge of how business actually functions. She had joined the company on a position that demanded leadership. She was the head of Business Sellers Programs & CS in the year 2006. Her performance in the department was extraordinary and she was promoted as the Director and Member of Executive Management Team of Skype. It was a part of eBay back then.

At Skype, she was responsible for planning, product design, and marketing. The diverse responsibilities enhanced her knowledge and developed her as a leader. She got hands on experience in the transition of a start-up to a well-established unit with 3 CEO changes in just 2 years or so.

She was then promoted as the new Managing Director for Gumtree. Gumtree was under eBay and required transformational leadership quality. She spent most of the time on scaling team capabilities, product, sales, marketing and CS functions. Suchi also reinvented and restructured financials towards the core revenue streams.

Within two years, Gumtree became UK’s largest horizontal classified business. When she had joined, the company was at no. 3 position. It then rose to market leading position in jobs and consumer-to-consumer car sales.

During her tenure as an employee at different organizations, she had unconsciously developed an entrepreneurial mindset. She was ambitious to make something on her own and contribute to the society.

The idea of Limeroad.com became her brainchild when she was reading a magazine. She observed two important things –

Suchi decided to build a platform where women can find beautiful and affordable products in an extremely easy to discover interface. She knew that women love different products and the problem of product discovery was very hard to solve. Moreover, she found that 21% manufacturing of lifestyle products originated from India. Most of the vendors were unrecognized on global and even national level. She identified a great opportunity in making the local market of accessories easily accessible. This is when she flew down to India.

After coming to India, she roped in her friend Ankush Mehra, Head of Supply Chain – Reliance Hypermarkets as her co-founder. Prashant Malik (Ex-Facebook, Microsoft and Siemens) joined as a techie co-founder of Limeroad.com. Latterly, some other people like Ahti Heinla joined as their Technical Advisor and Michael V Swaaij joined as their Advisor.

The revenue model of Limeroad was very simple. It was commission based. Limeroad earned money when the vendors sold. The team started building a good product. They collaborated with lots of brands with categories like apparels, accessories, home and food.

Suchi Mukherjee faced lot of challenges regarding business like complex bank processes, registering the company with the RoC (Registrar of Companies) process, and other formalities. Apart from that, balancing work, family and entrepreneurship was difficult. According to her, it is difficult for women to execute everything because there is lot of family expectations from them. However, Mukherjee says that she has a very supportive family and her husband and children are her inspiration.

The idea of Limeroad has created a whirlwind in the e-commerce market, especially for women entrepreneurs. It is not only a platform that provides the women their online ‘me time’, but has brought community of entrepreneurs to surface. Women who never knew can curate clothing combinations have gathered opportunities through Suchi Mukherjee’s initiative. Limeroads most powerful ambassadors are women. 36 years old Lorina Richmond launched her styling advisory business spurred by Limeroad experience. Also, 14-year-old Farheena from Bangalore, suffering from cerebral palsy found an outlet of her style ideas.

There are very few people who have comfortable jobs abroad and decide to come back to India to add a value. Suchi Mukherjee is one of them. One thing was certain that there are going to be uncertainties, but she had decided to do something substantial that contributes to the society. Apart from her leadership prowess, her incredible determination and ability to balance work and family are the qualities that have led her to success. Today, Limeroad aims to reach out to more than 400 Million mobile users, 40-50% of which are women. From just an impromptu idea to making Limeroad a frequently used application, Suchi Mukherjee has achieved a lot. Her journey of dedication and hard-work is something upcoming entrepreneurs should learn from. 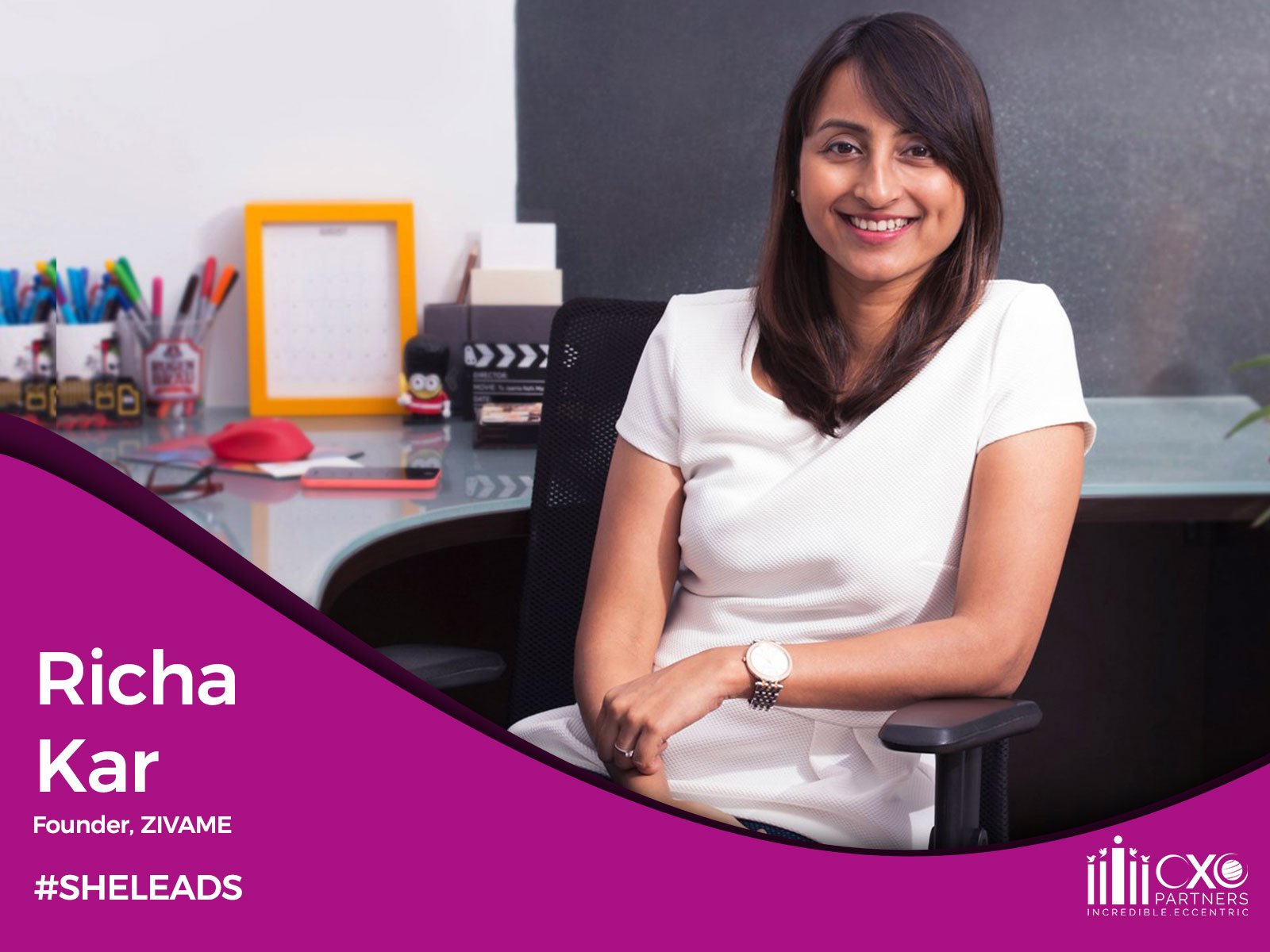